Mr James Begg, headmaster of John’s R.C. School, Perth, and a leading figure in the Roman Catholic community in Perth, died suddenly to-day. Mr Begg was attending school duties yesterday, and his death his home, 3 Goodlyburn Terrace, was due to a heart attack. He had been headmaster of St John’s R.C. School, Perth, for 17 years. He took over in the old school in the High Street in 1924, and saw the transfer three years ago to the new building at Stormont Street.

He came to Perth from Galashiels R.C.  School and before that had been assistant St John’s R.C. School, Dalkeith. He started his teaching career as a head teacher of engineering and special subjects in Boroughmuir Continuation Classes, Edinburgh.

Originally he had been trained as a marine draughtsman and designer on Clydeside, but his studies were interrupted by the last war, throughout which he served with the Royal Scots.

Before becoming teacher he took classes at Glasgow and Edinburgh Universities. Mr Begg, who was 58 years of age, is survived by his wife and one daughter. 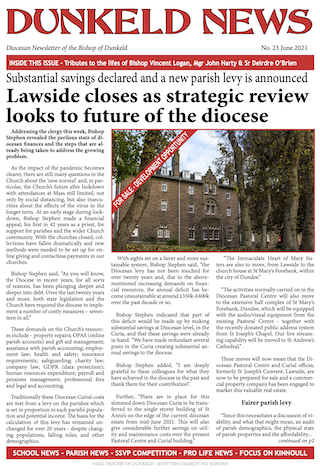