THE majestic Cathedral of San Pietro of Treviso with its seven domes. In the 15th and 16th century the neoclassical cathedral was built here in place of an old Romanesque church. The two lions at the foot of the stairway now bear witness to its medieval origins.

Despite the monumental neo-classical design of the cathedral it houses inside a beautiful Romanesque crypt, where we celebrated Mass, and a number of works by Italian masters. The altar painting “The Annunciation” is by Titian (1517) and is one of his finest works; the frescoes in the Cappella Malchiostro are by Pordenone and were inspired by Michelangelo’s Sistine Chapel. In the Cappella del Sacramento there are beautiful sculptures by Pietro Lombardo from 1484.

Next to the cathedral is the Romanesque Baptistery from the 12th century with frescoes from the 13th century. 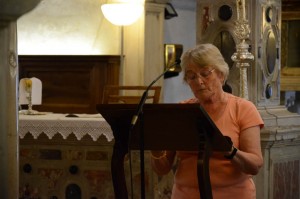 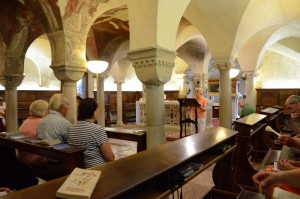 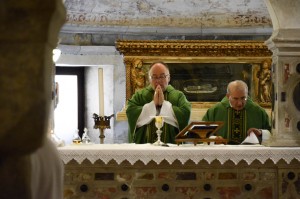 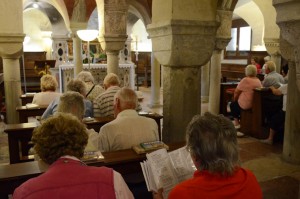 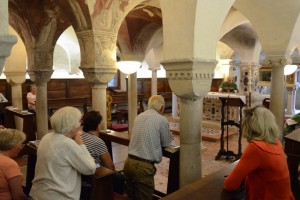 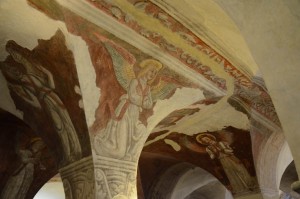 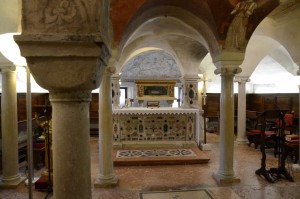 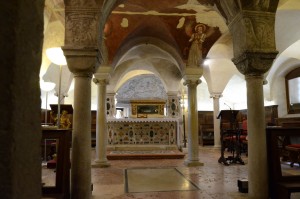 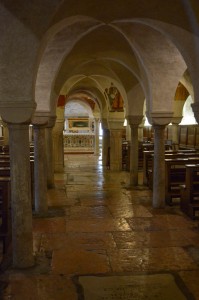 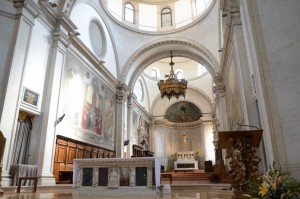 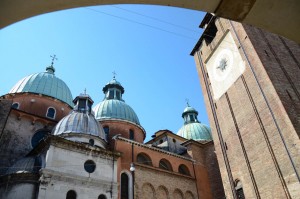 Taking a stole through the beautiful streets of Treviso. 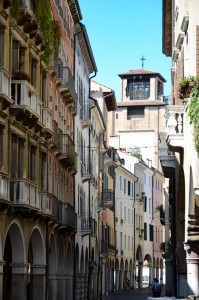 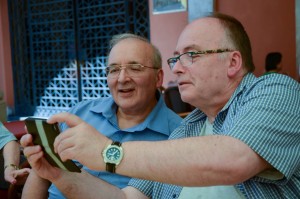 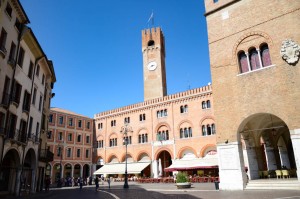 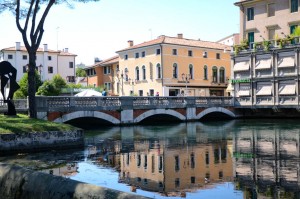 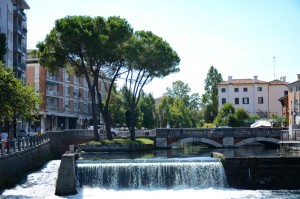 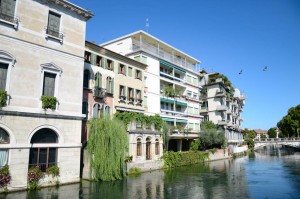 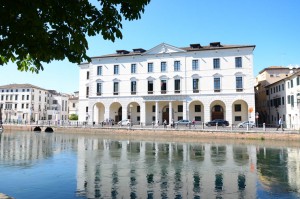 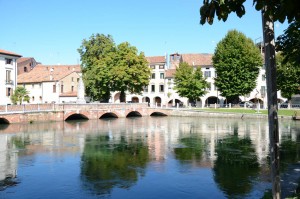 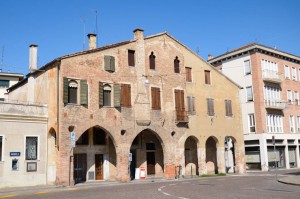 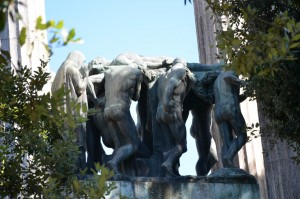 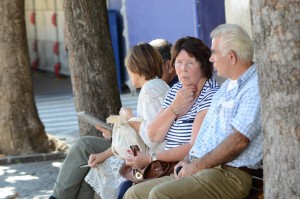 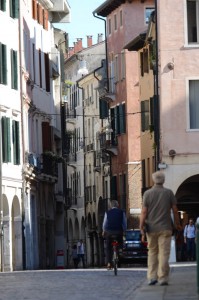 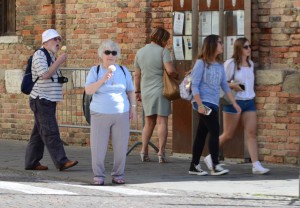 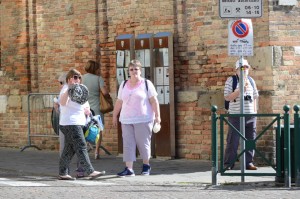 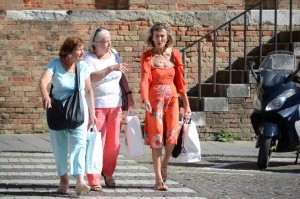 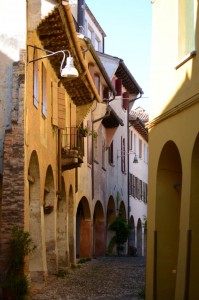 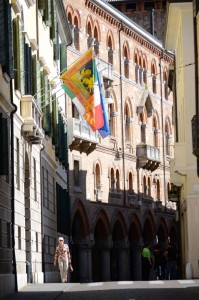 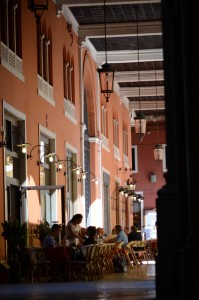